A snowy Mt. Hood from the farm. 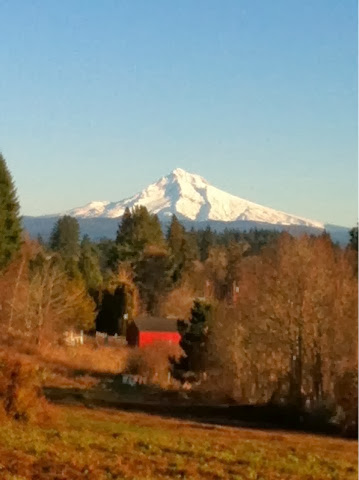 Posted by Stock Pot Farm at 7:47 AM No comments:

Cooking up the little ones that were leftover. 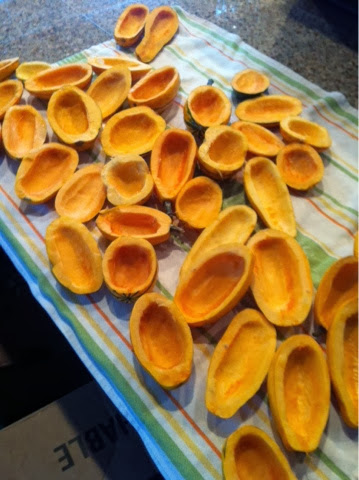 Posted by Stock Pot Farm at 7:45 AM No comments:

Join the Stock Pot Farm email list to learn what produce is available each week. We pick to order, primarily concentrating on root crops and storage vegetables for your enjoyment. Email us at stockpotfarm@gmail.com for more information.
Posted by Stock Pot Farm at 6:53 PM 1 comment:

In keeping with the too much to do, not enough time to do it tradition I never did get around to constructing T-tape reels over the summer and suddenly everything comes to a head at the end of the season when the fields have to be put to bed and equipment needs to be pulled up to allow for the cover crop to be planted and I'm caught without T-Tape winders and baby Noelani is coming early! Thankfully Aunt Kathy came to help with the newborn and I was able to get away to clean up the fields and construct the winders, 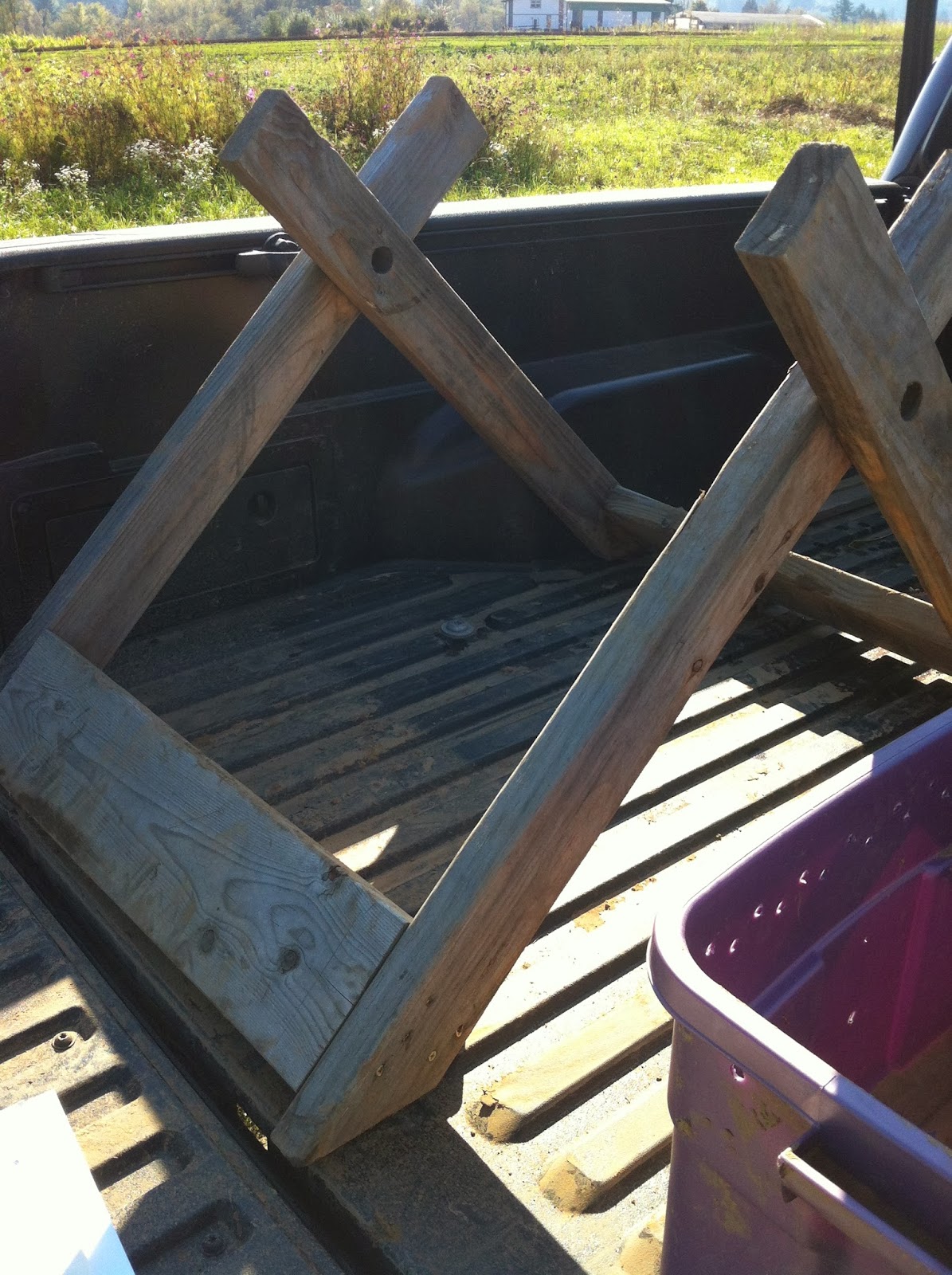 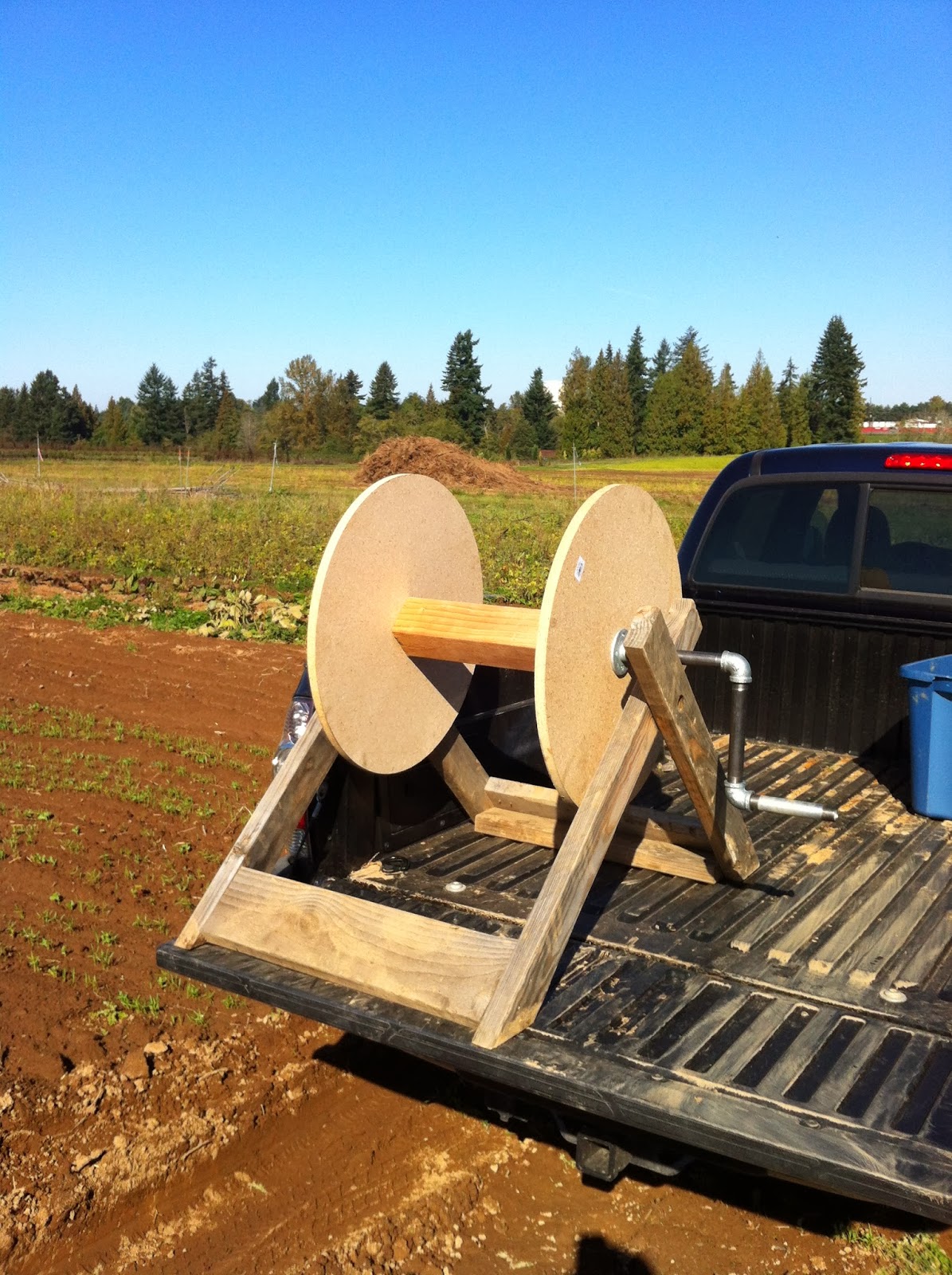 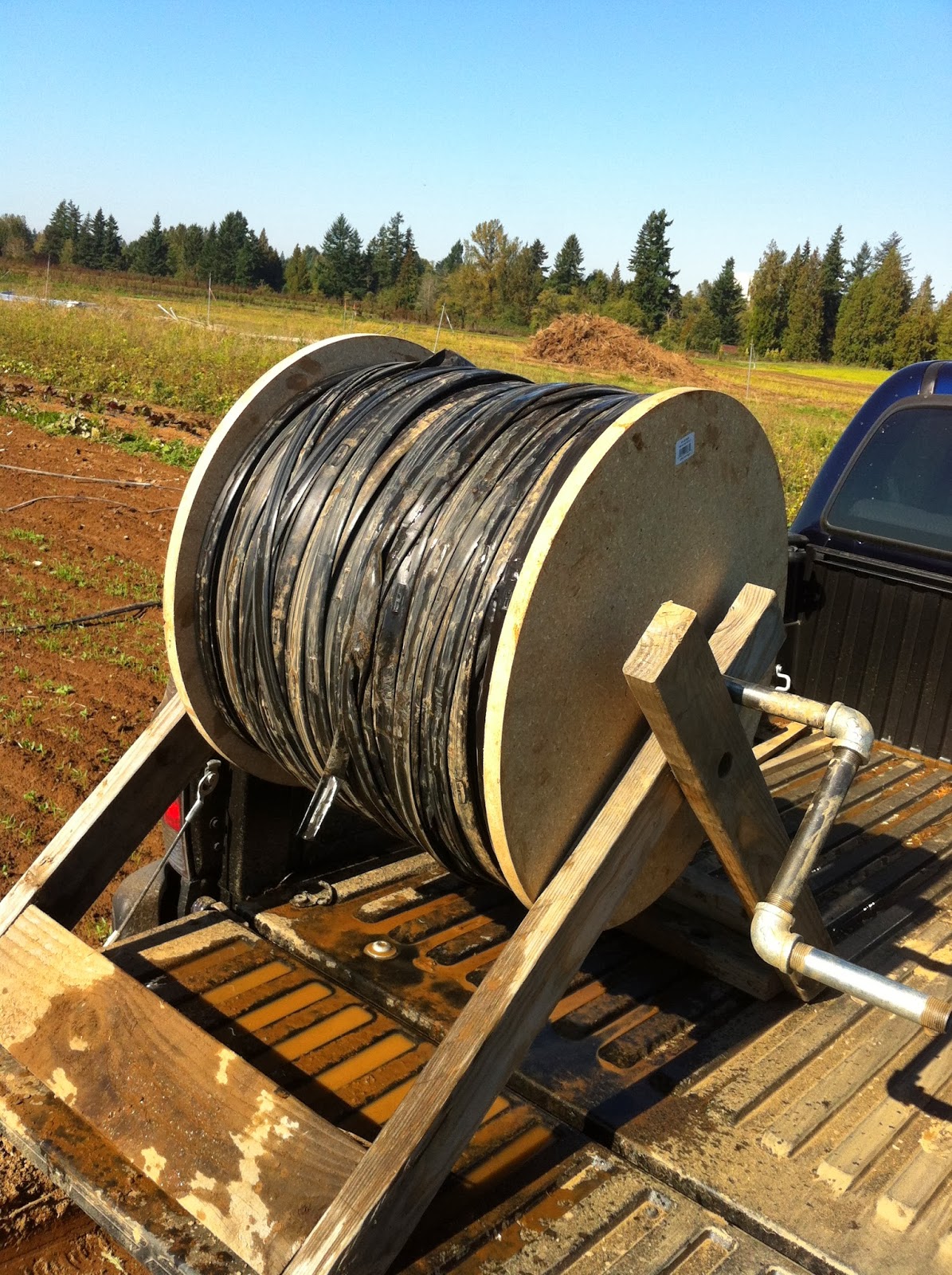 Posted by Stock Pot Farm at 6:33 PM No comments:

Sunchokes, aka Jerusalem artichokes, aka  girasole articocco, are a variety of sunflower native to the Americas that produces a tuber that looks a bit like ginger with thinner skin. We grew a couple of beds this year since I love the flavor and they are a decent storage crop, lasting well over a month in a cool, moist environment like the crisper draw in your refrigerator. They seemed to tolerate the low nitrogen levels at the farm this year and produced quite well with 3 to 10 pounds of tubers per plant! Best of all they were way easier to harvest than a potato, the tubers remained close to the ground surface an pulled up easily along with the long, 5-6 foot high sunflower like stalk. I was very happy with the result. 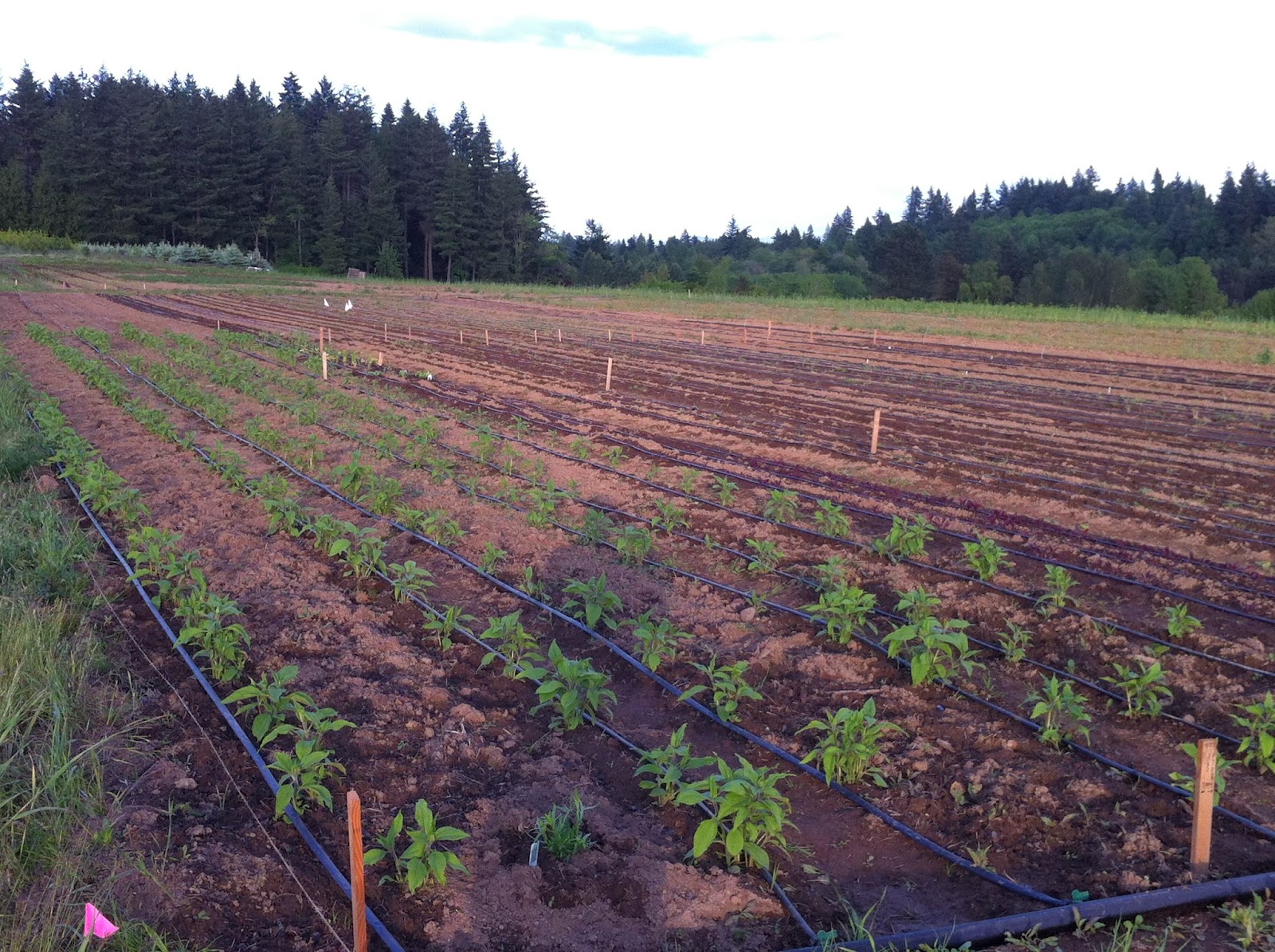 Sunchokes poking through the soil in June 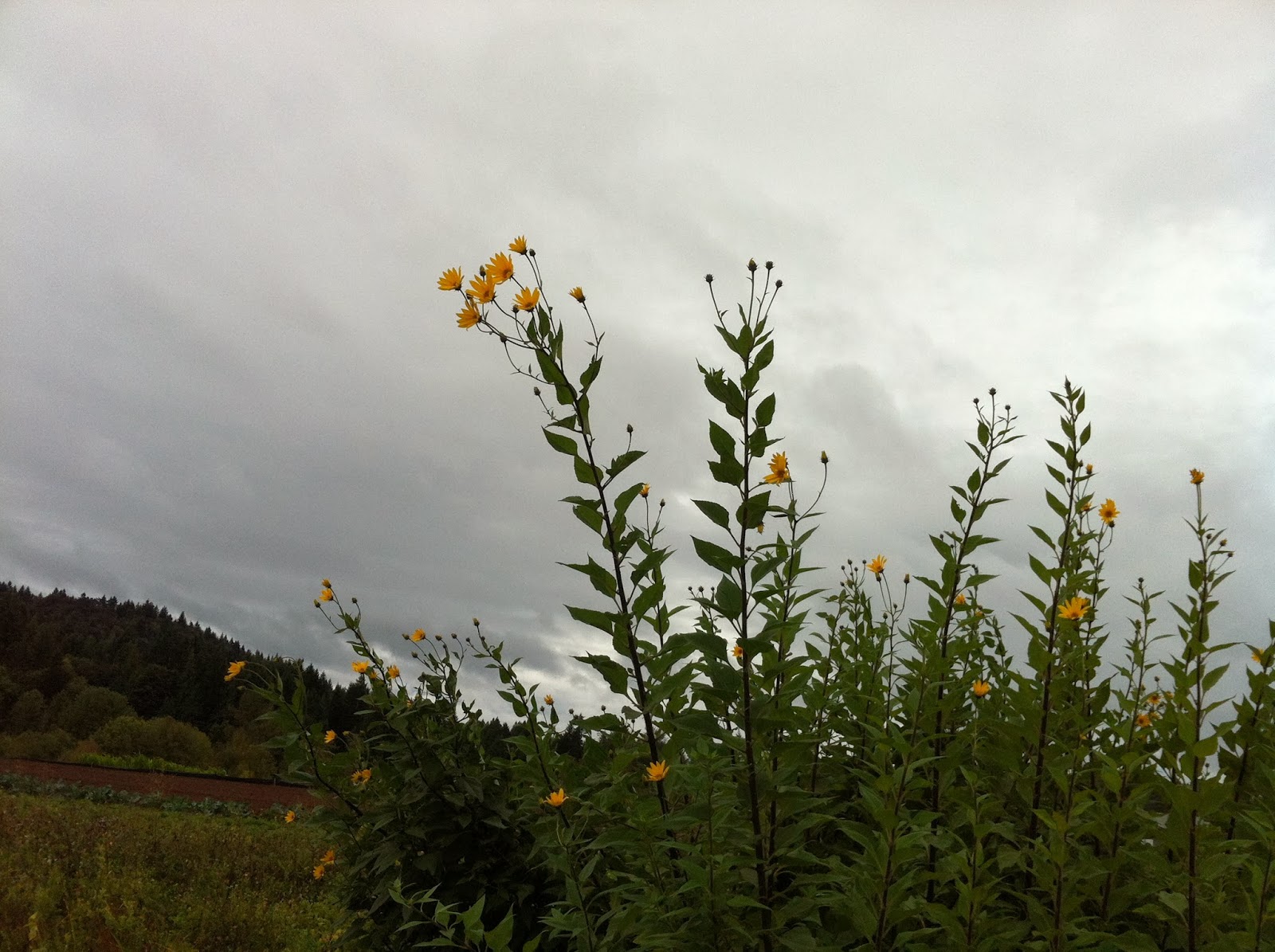 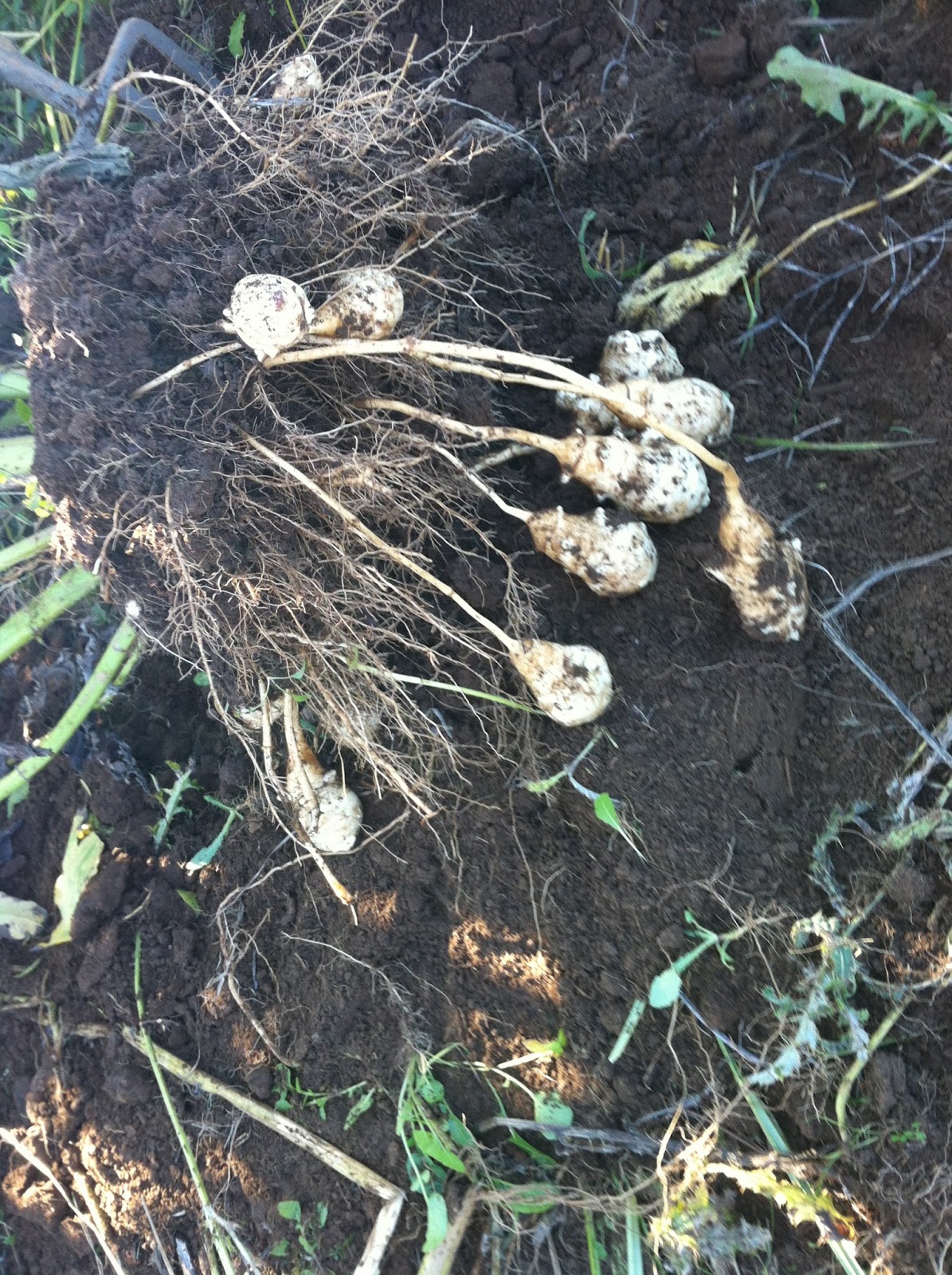 Tubers ready for harvest in October


They may be eaten raw (sliced thin) or cooked, but they are most often thinly sliced and sauted in butter or roasted either whole or in chunks. Although I like the crisp fresh taste of them raw I prefer them cooked since it brings out the artichoke flavor to me. Sunchokes go well with butter and cream so gratins and of course a soup are also great.
Posted by Stock Pot Farm at 5:51 PM No comments:

Sunsets on the Farm

Having a day job means there are lots of long days, thankfully Mother Nature makes it all worth while... 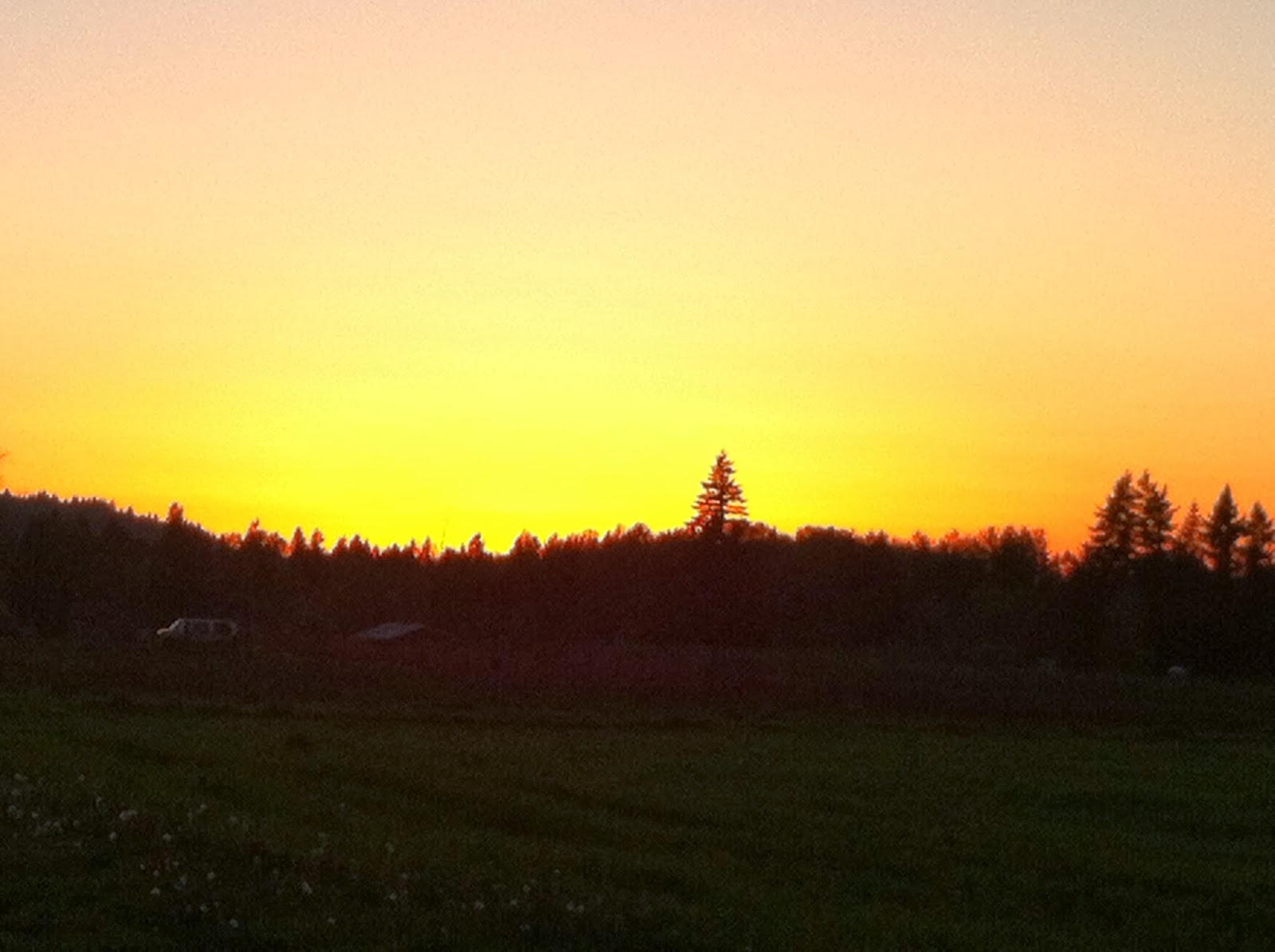 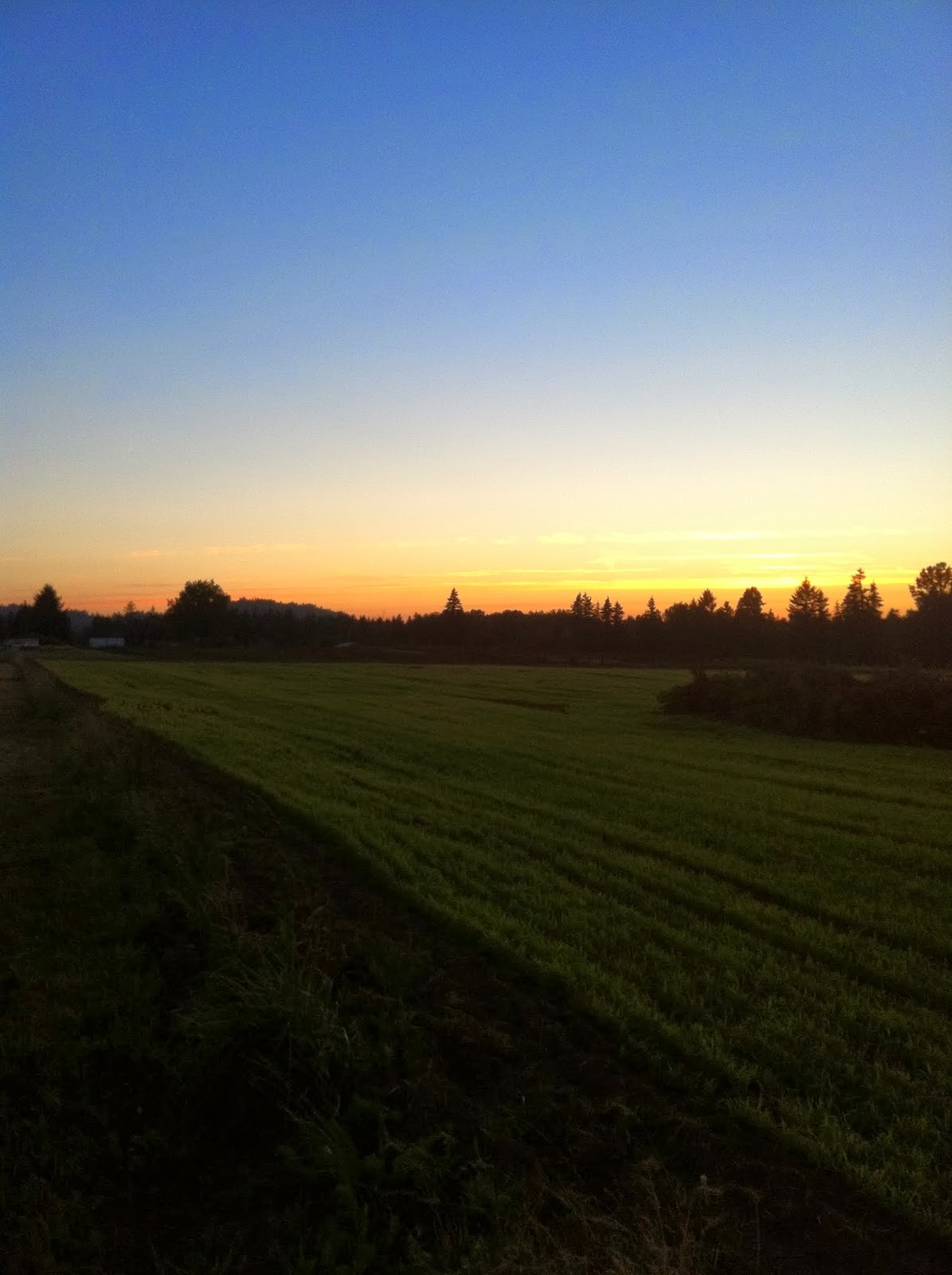 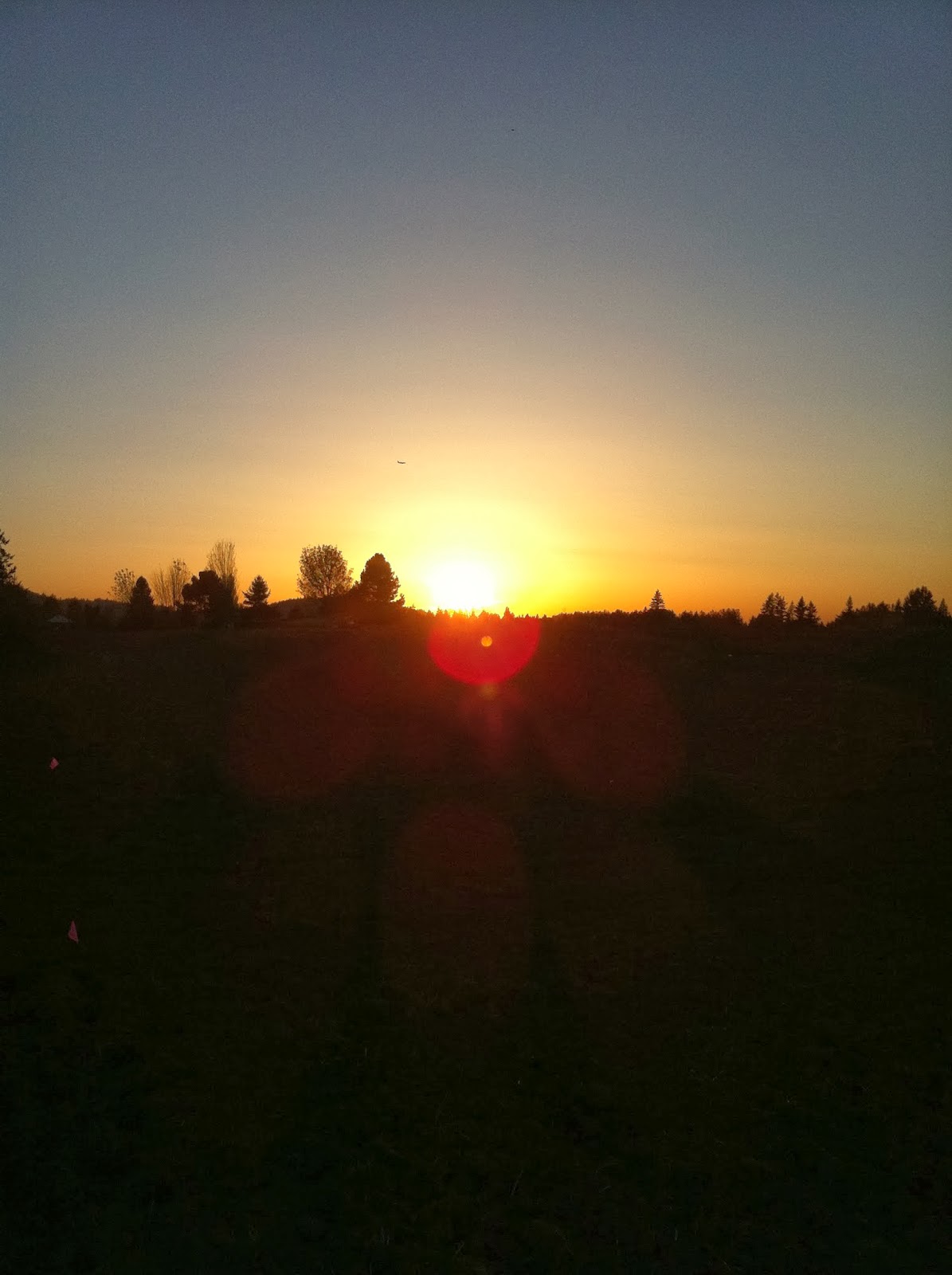 Posted by Stock Pot Farm at 5:37 PM No comments:

Some of the crops 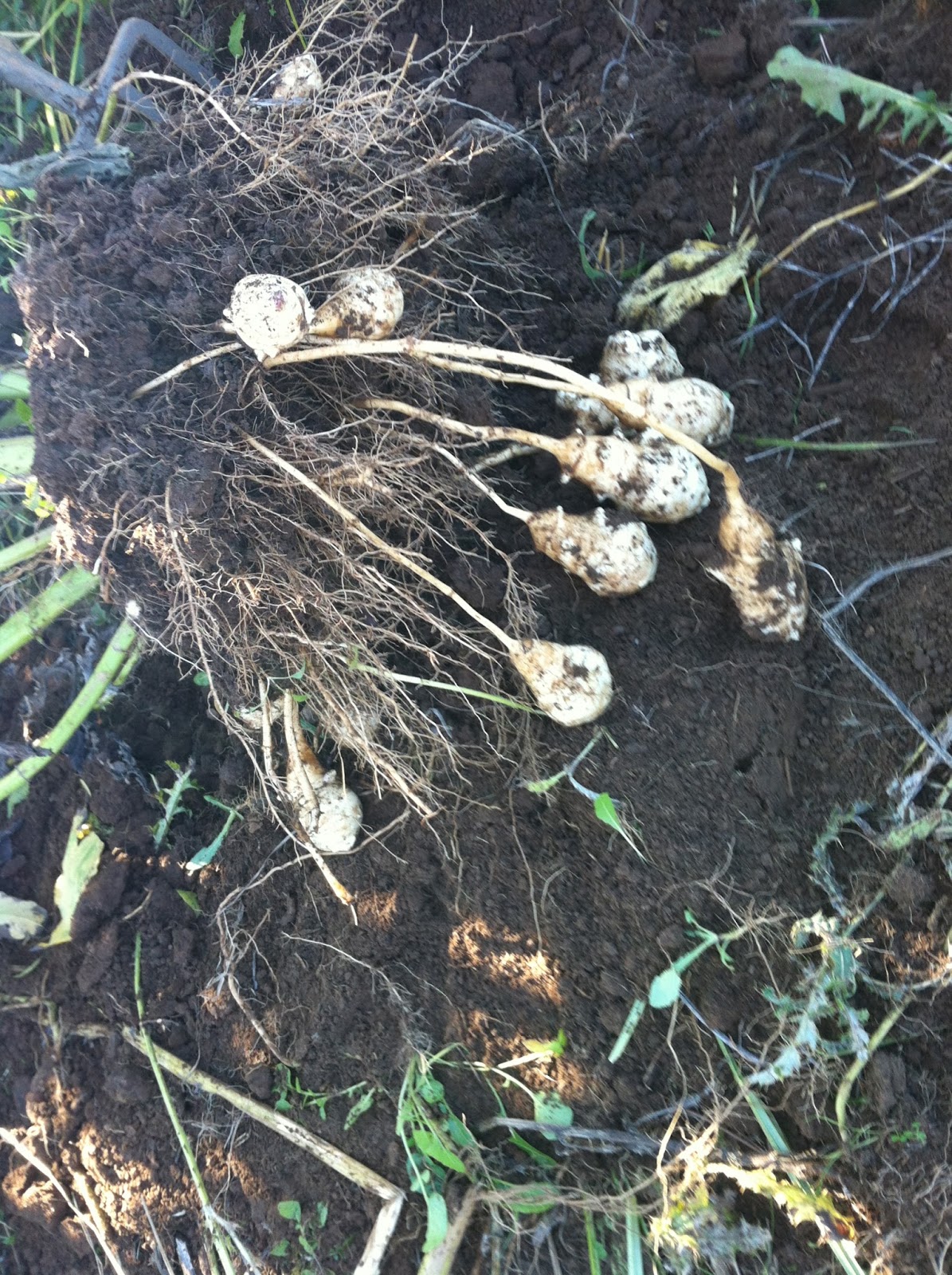 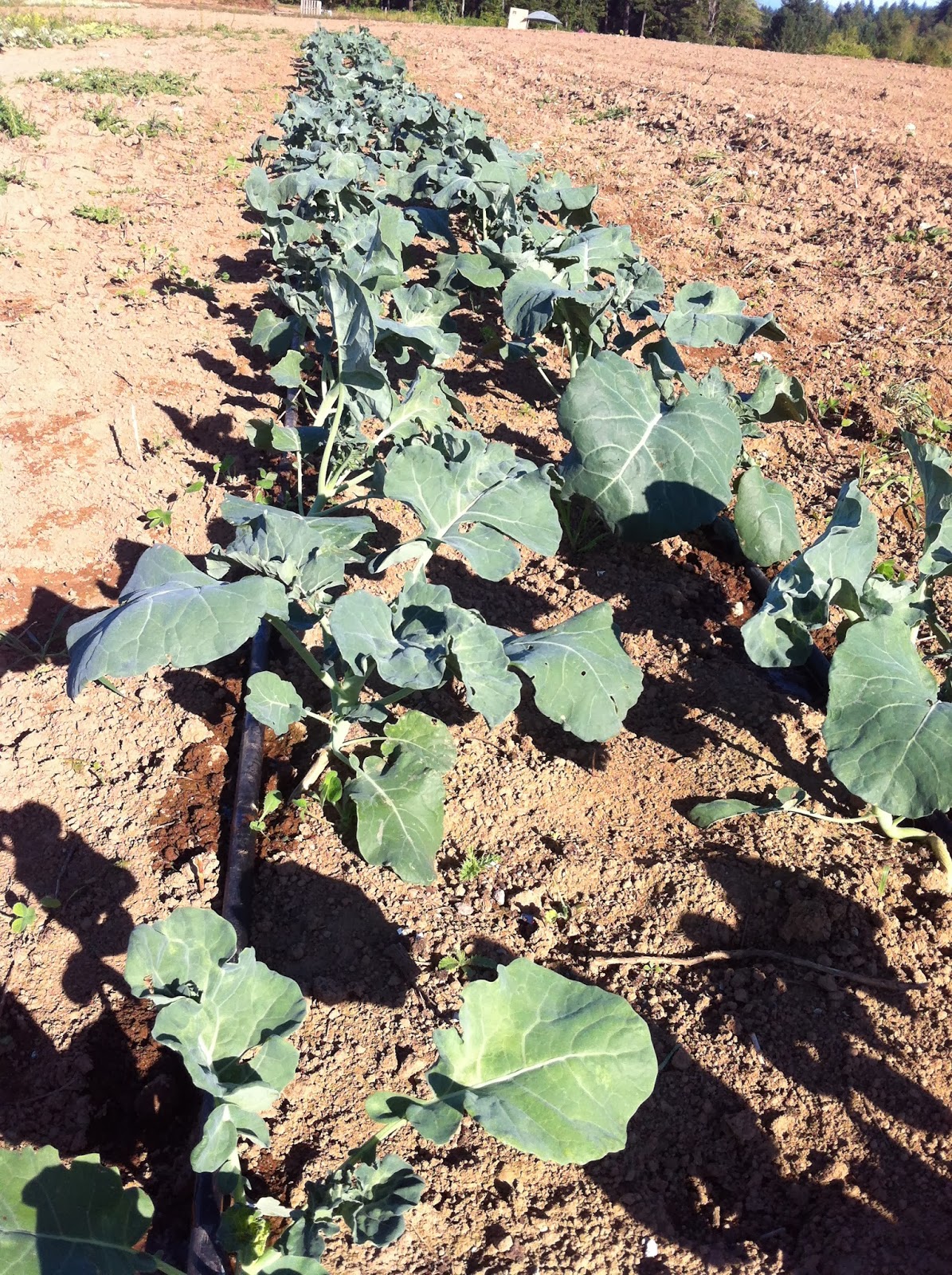 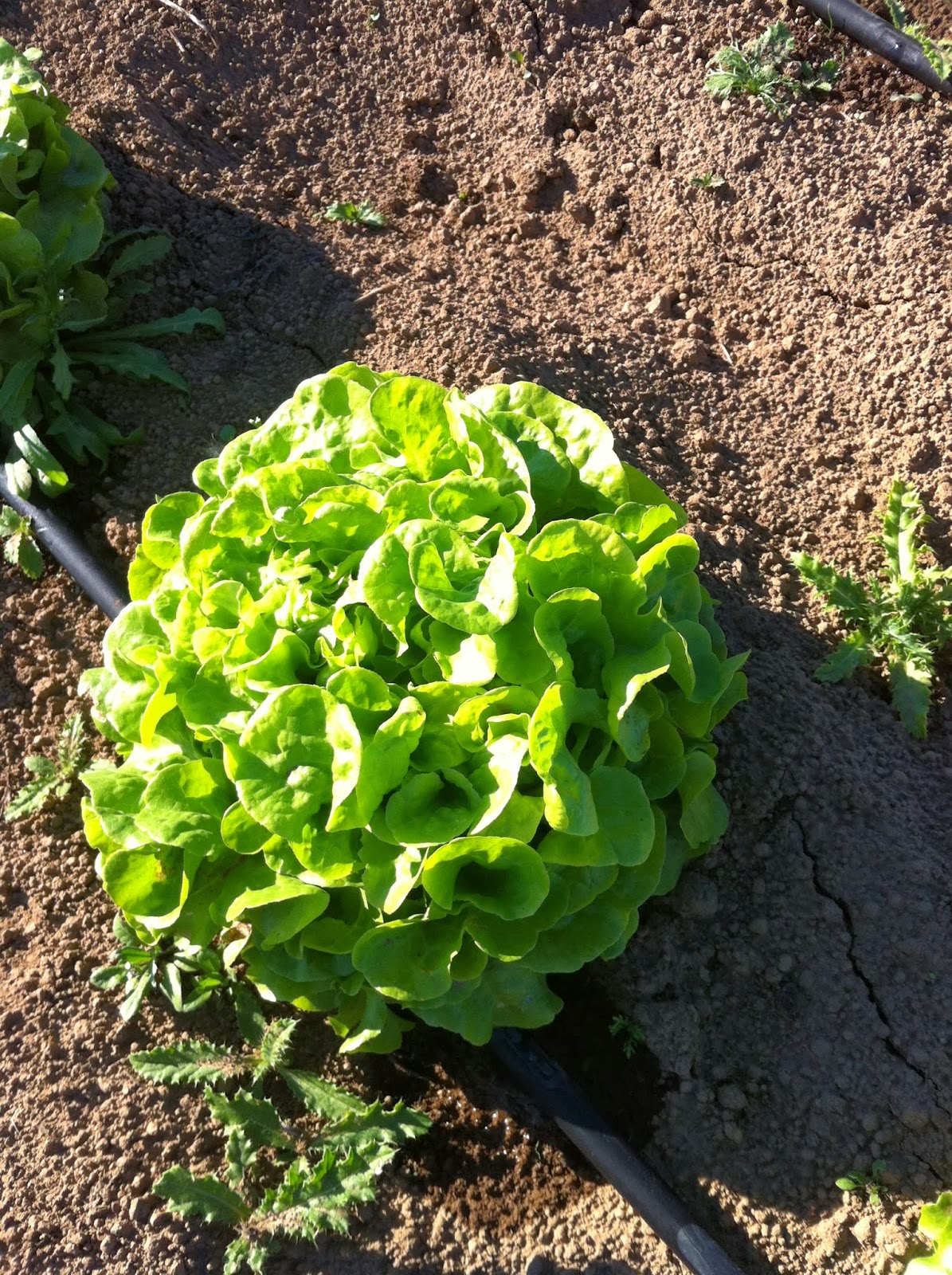 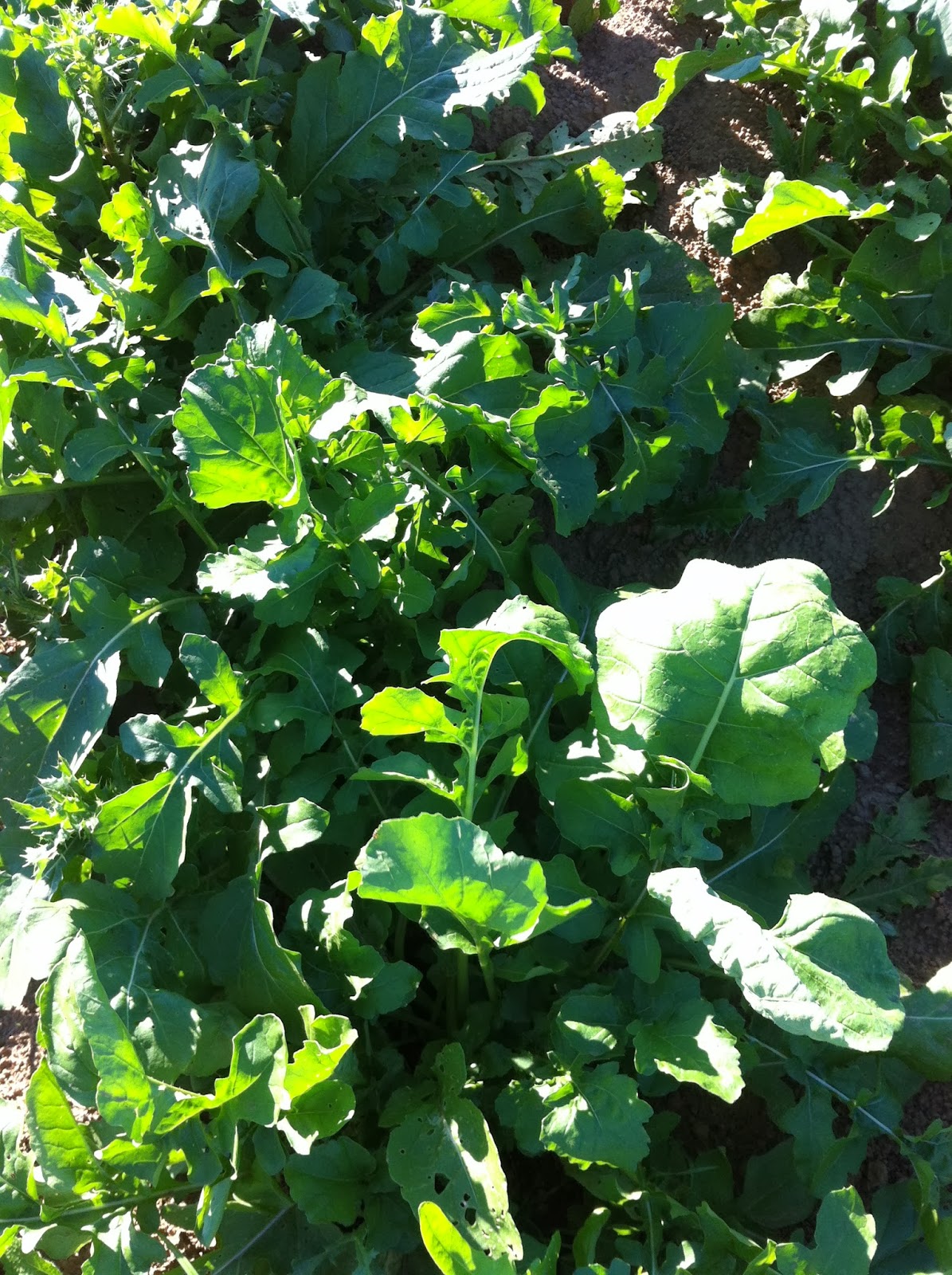 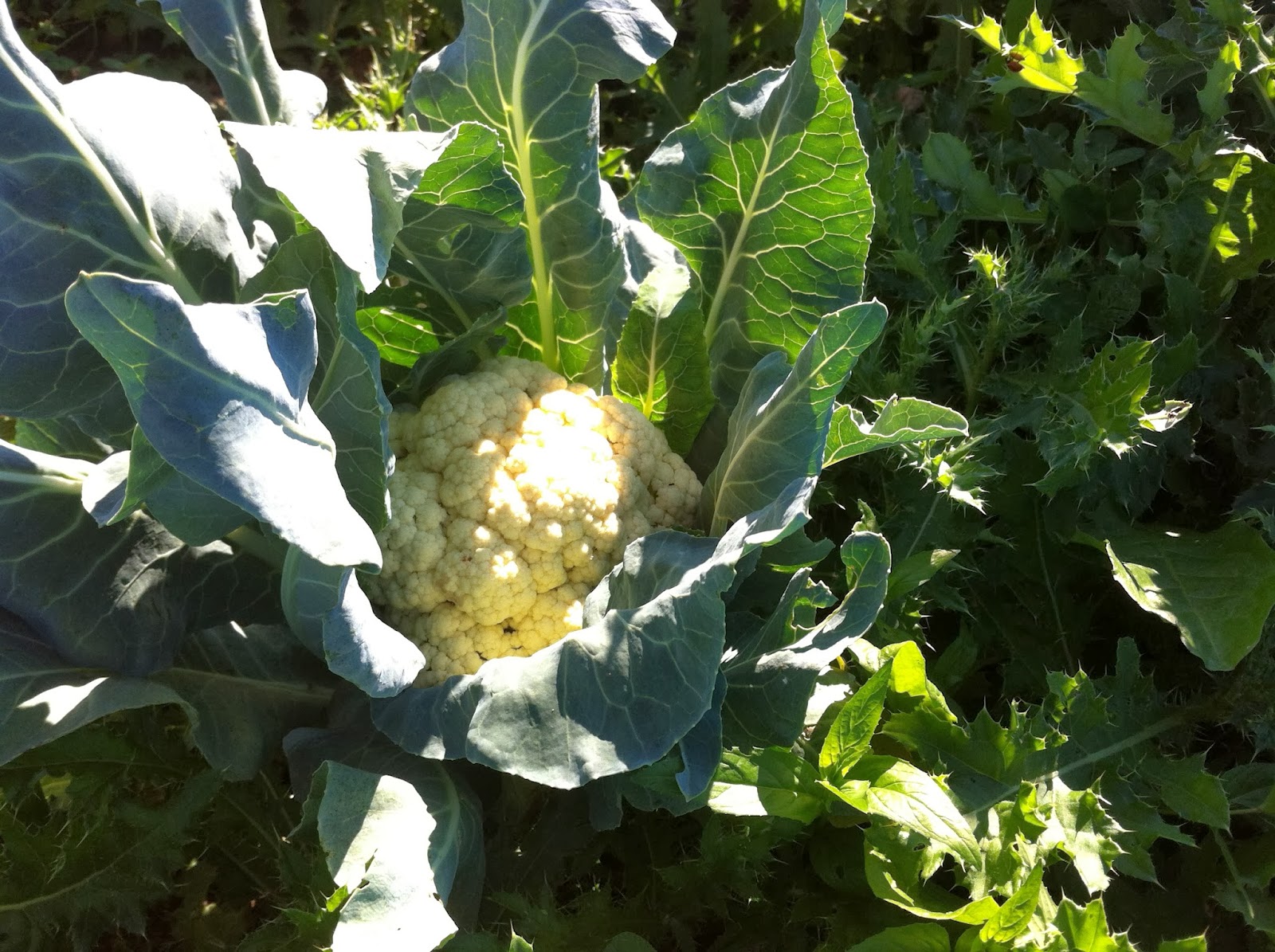 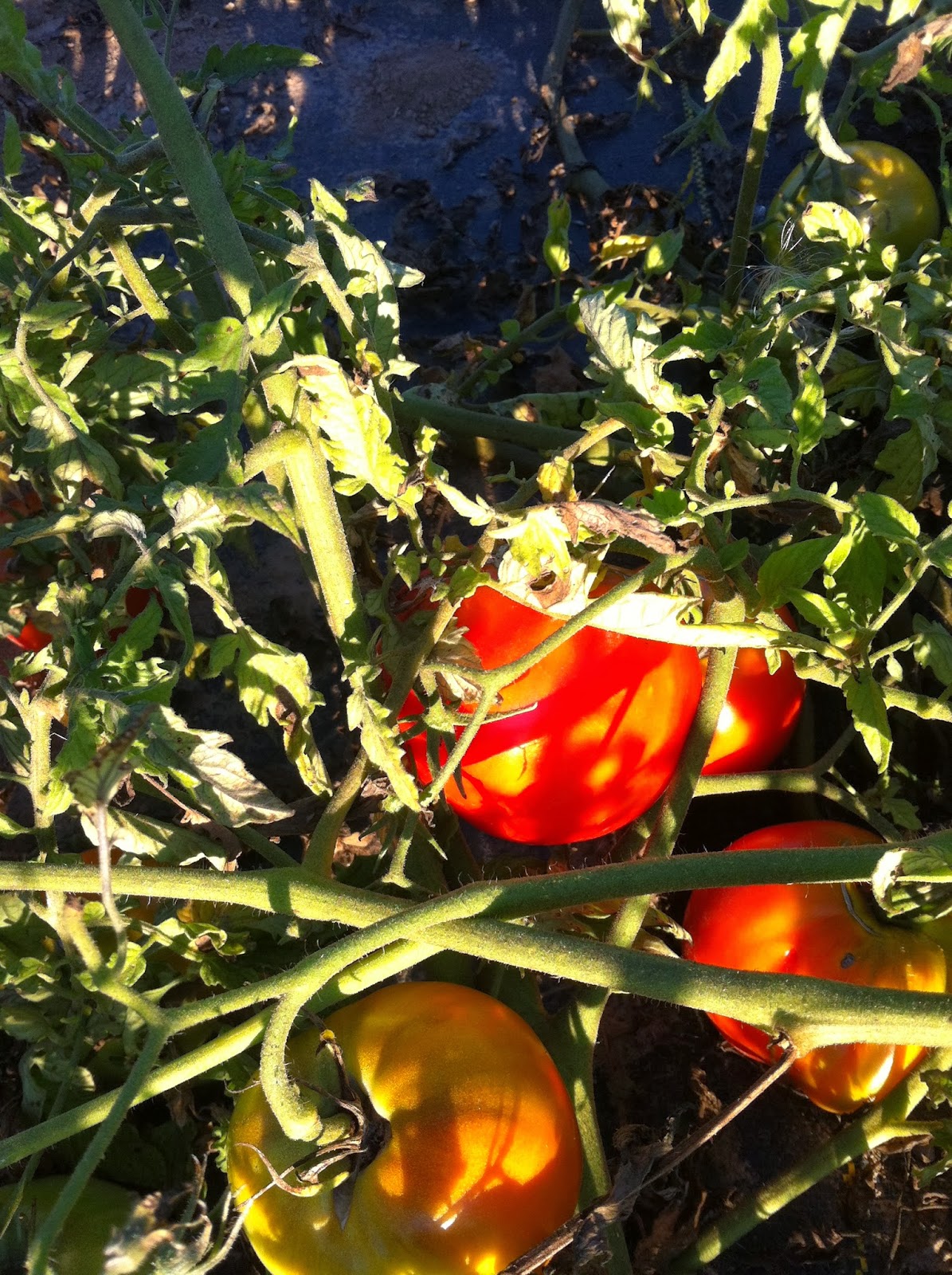 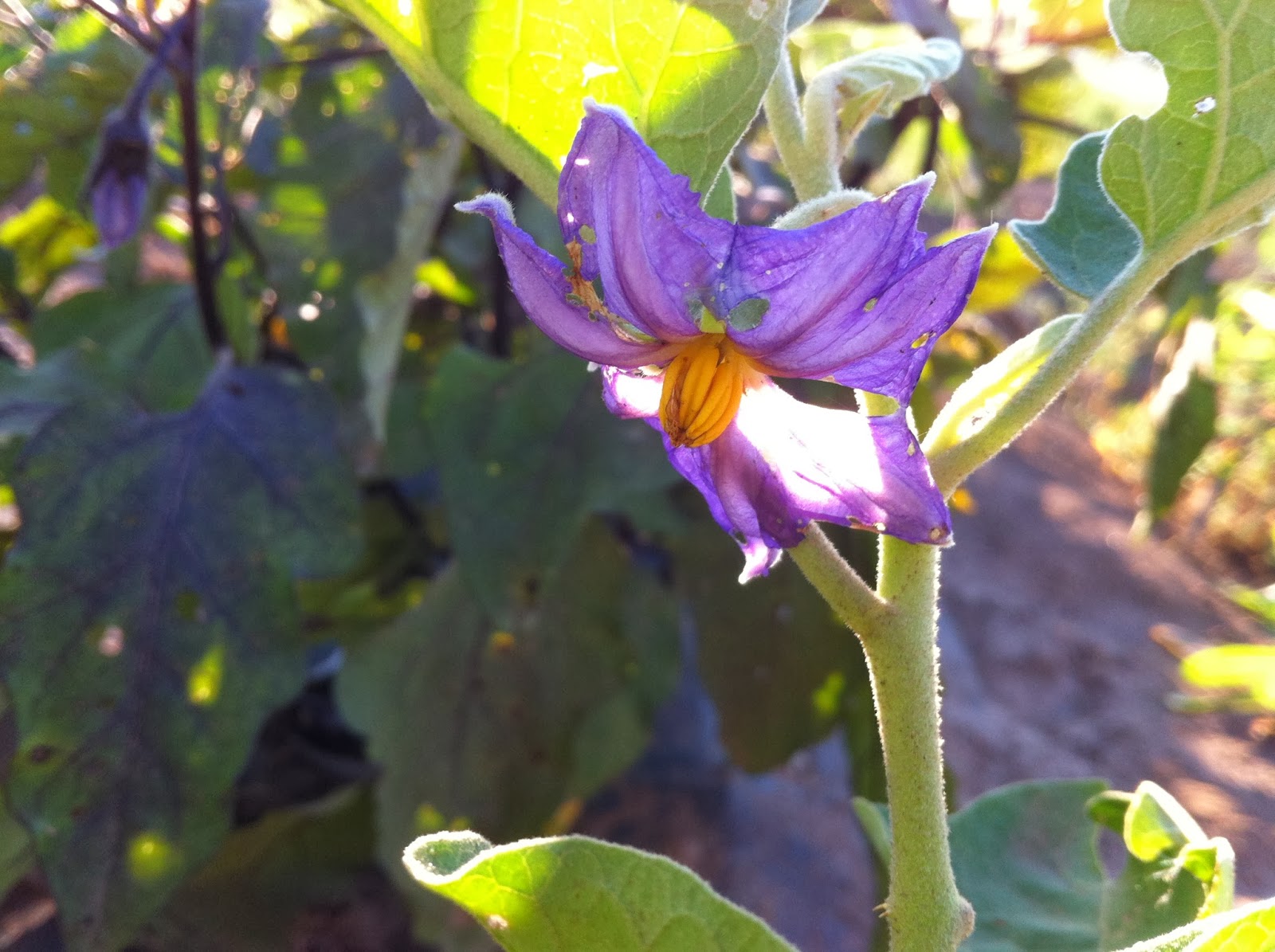 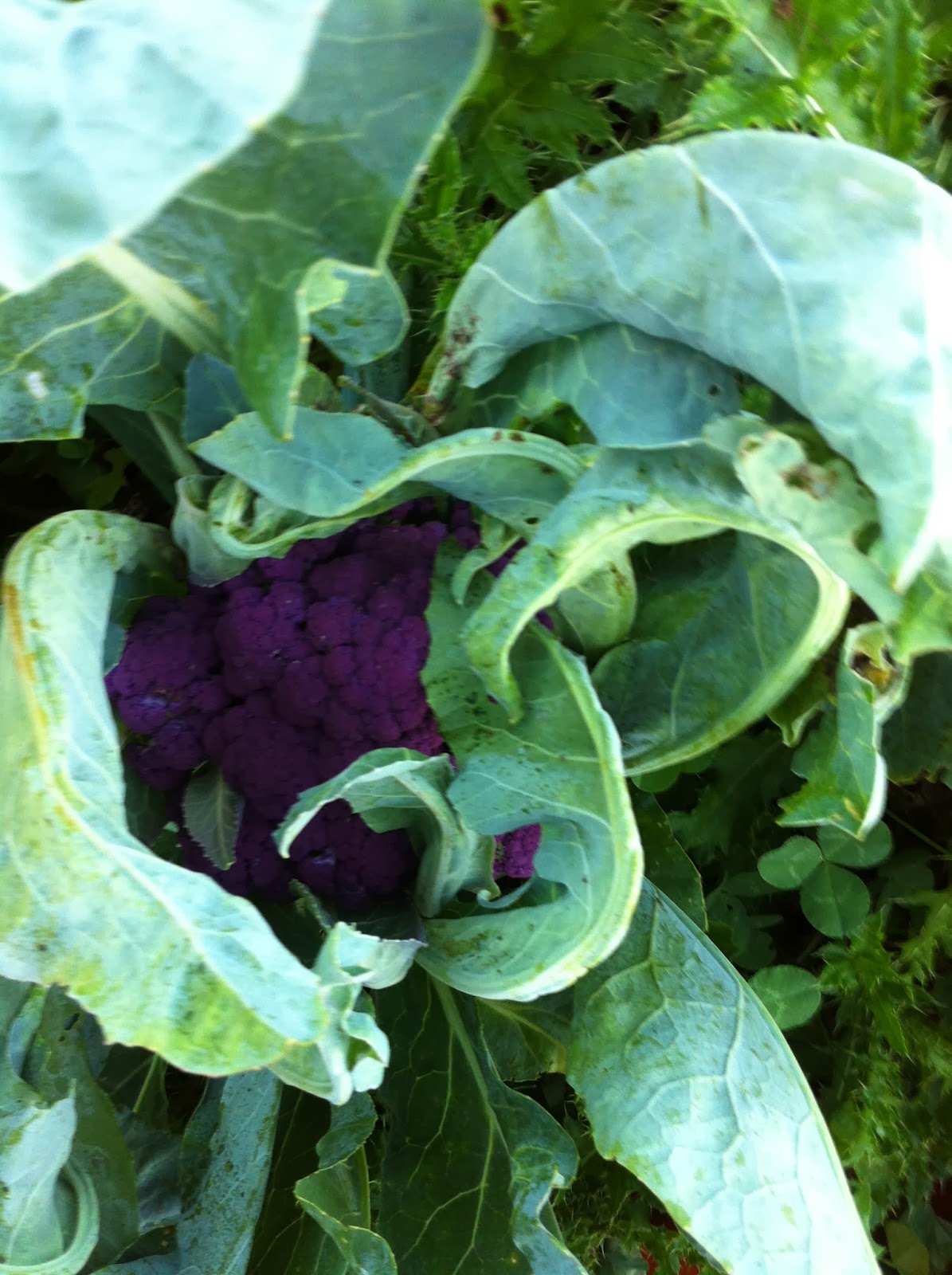 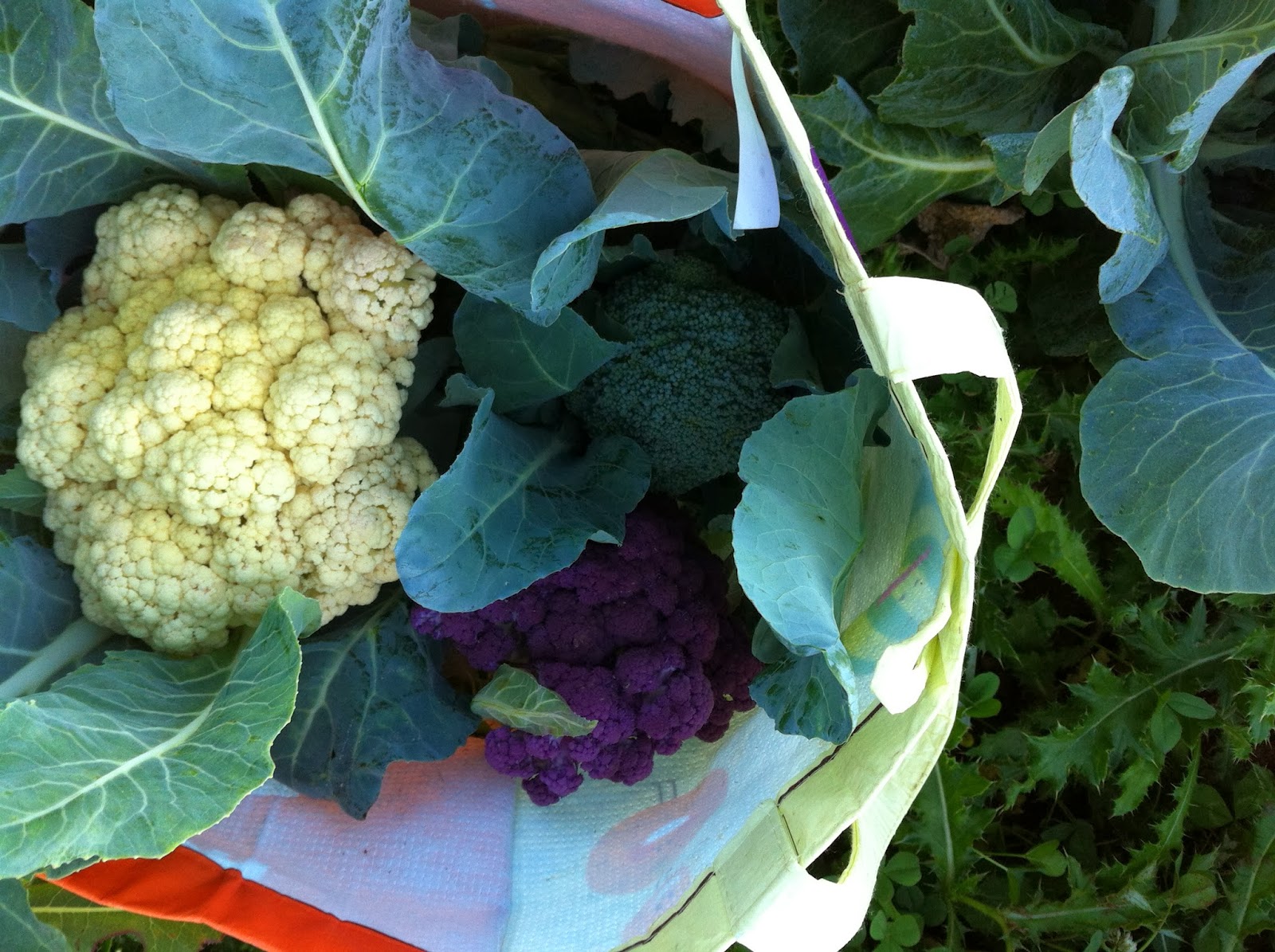 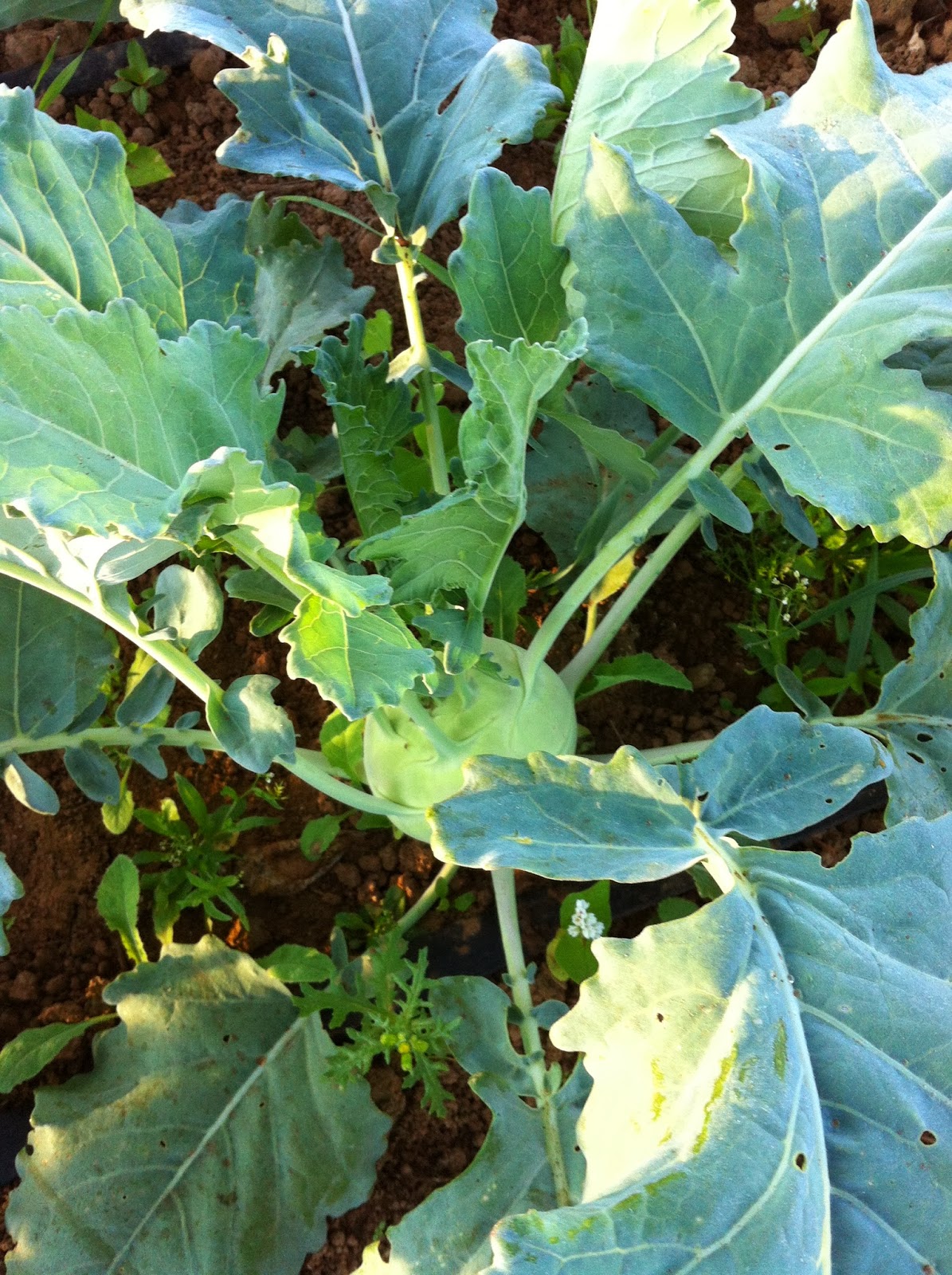 Stock Pot Farm
At Stock Pot Farm, we hope to provide the local foodshed with a selection of hardy vegetables that are perfect for your roasting pan or stock pot. As one of five beginning farmers at the East Multnomah Soil Water Conservation District's (EMSWCD) Headwaters Incubator Farm we are producing an assortment of fall produce such as sunchokes, leeks, carrots, and potatoes as well as hardy storable crops like winter squash and dried beans. To take advantage of Oregon's favorable growing environment we will also be growing salad and braising greens well into the holiday season. We hope to keep your stock pot chock full of fresh seasonal vegetables long after the last tomato of the summer is just a memory.